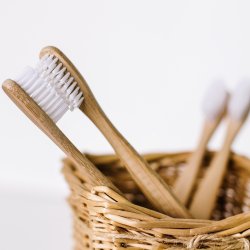 OK, so you are looking at the title of this post ‘Let’s talk sex’ and wondering what it is doing on a dental blog… I can understand that, so let me explain.

The idea of a title so daring was tempting but the content goes much deeper than that!

*We have used a false patient name (Ruth) for the purpose of this post.

One of our female patients a few weeks ago, Ruth said in a private conversation that the condition of her husbands teeth had ruined their sex life. Ruth discussed the topic while her husband was in the dental chair. She explained that their marriage had been affected as she no longer wanted to have an intimate relationship with her husband.

Ruth said that for the last 4 years she had been avoiding intimate time with her husband as his teeth were ugly and his breath was bad as a result of dental decay. Ruth did not want to speak to her husband about the real problem and came up with other excuses. In essence she did not want to hurt his feelings. During a recent heart to heart her husband asked her if she was having an affair which she firmly denied. Ruth knew it was time to speak the truth about how she felt. She feared the long term family problems that would occur if she did not.

Ruth admitted it was her husbands dental health that had killed her Libido. The husband was relieved and although fearful of the dentist he contacted a number of clinics the following day to see what could be done to fix his teeth. Ruth said that usually she would have to make all the arrangements on her husbands behalf but not this time! Her husband spent two days on the phone talking to clinics before confirming an appointment to start treatment.

After 9 days, here they are in the clinic, fixing the root of the problem!

After speaking to Ruth, I had a look on the internet to see if this was a common problem. It may well be common but I can say that no one is talking about it online. It is a sensitive and private issue and if a wife could not open up to her own husband I am not suprised people are not opening up to millions trawling the world wide web.

I asked Ruth if I could write about her situation on our Blog and she was more than happy for us to share their story. First I wanted to dig a bit deeper about a connection between dental health and sex. I am glad I did as I can also put some facts and stats into this article.

I found found strong evidence to suggest that there is a link to how poor dental health can affect erectile function. A study at the Inonu University in Turkey evaluated the periodontal conditions of men ageed between 30-40.

80 of these men had erectile dysfunction and 82 of them did not.

Periodontal health was evaluated by plaque buildup, the amount the teeth bled, decay and missing teeth.

Men who were identified as having chronic Periodontitis were 3.29 times more likely to have erectile dysfunction.

Chronic Periodontits is defined as inflamed gingival tissues caused by bacteria, researchers theorize this may affect endothelial dysfunction, a precursor to some instances of erectile dysfunction.

Men who already had conditions such as diabetes and heart disease were excluded from the study as were men who smoked.

It is suggested that treating periodontitis may improve endothelial function and therefore improve erectile dysfunction.

So to conclude, there is more than one way that poor oral health can affect your sex life. You can become less attractive to your partner or you can have a problem with the function of your love bits.

Many patients fear a visit to the dental clinic but if Ruth’s husband can make an immediate appointment to sort out the problem…. Well you know the rest…