HOME / BLOG
The Price of Your Teeth… 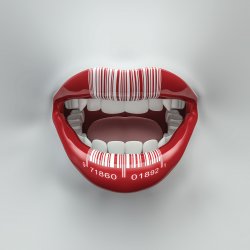 No… we are not about to tell you to remove your teeth and start selling them on E-Bay! This is all about the magic of losing your baby teeth and the origins of the Tooth Fairy ;)

Unlike the magic Father Christmas not a lot is written or spoken about the Tooth Fairy. Indeed there was a movie named ‘Toothless’ released in 1997 which most of us will struggle to remember. Yet for almost every child in Europe the USA and other parts of they will experience the short story of the Tooth Fairy.

It seems the Tooth Fairy has been around for many years with the first mention of any kind around 1927. Rituals involving the disposal of Baby Teeth go back a lot longer than that and it seems to be worldwide undertaken by most parents of young children who lose their Baby Teeth.

The story is a simple one: The child leaves their tooth under their pillow and the Tooth Fairy appears during the night taking the tooth and usually leaving some money in its place. Of course this always happens while the child is sleeping, wink wink, nudge nudge!

Some of the rituals reported include offering the teeth to the sun, throwing it in a fire, placing in a mouse hole, buried or even swallowed by the mother or child! (Personally I don’t fancy the last idea!)

One most widely documented ritual spanning from Russia to New Zealand and Mexico is to offer the Baby Tooth to a mouse or rodent so that the Childs Adult teeth will become strong and sturdy just like a rodents teeth.

If the tooth fairy was to arrive being Dwayne Johnson I feel sure there would be a few adults that would remove their teeth and place them under their pillow in hope that The Rock would drop by………..

My daughter will start to lose her baby teeth in the next few years and she is already having problems with a visit to the dental clinic so I have started discussions about her losing her teeth and the fact that the fairies need these teeth as they create magic! Yes, Magic I said in a high pitched voice when she looked at me like I was crazy! I have gone the extra mile and explained that the fairies will leave her some money which seemed to put a smile on her face and she seemed to like the idea of losing her small teeth and banking the money!

All in all the Tooth Fairy stories help the little ones part with their teeth with something to look forward to in the morning once they have placed the tooth under their pillow and they are a little richer for it.  This leaves Mums and Dads with a lighter wallets but happier children (start as you mean to go on).

Losing teeth or teeth falling out is a little scary when your 5-7 years old…….

It is important to start taking about the story before your child’s teeth become loose or they will become anxious and may panic instead of possibly enjoying the experience. Around 4 years old is a good time to start as they have time to digest the information, prepare themselves and have a good understanding of what you are telling them…

Other than a dimple in a cute little chin,