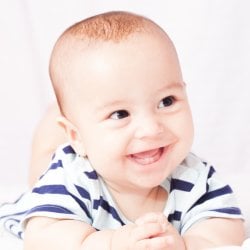 Forget the Tooth Fairy. Your Child's Tooth Is Worth More Than Just A Few Pounds

In the last century freezing embryos and cells has seen a dramatic rise. As women are planning to conceive a lot later in life, we now see more and more adverts relating to freezing fertile eggs for the future. Cryonics is a greek word for ‘cold’ is now the term used for the low-temperature preservation of living tissue. After you are legally dead, in certain parts of the world you can request to be frozen in time at a temperature of -196°C. This is all in the hope that with advancement in modern day medicine you can some day be brought back to life. Although this sounds very sci-fi, it has been available for years with the first human (Dr. James Bedford) being cryopreserved in 1967. As of 2014 approximately 250 people were cryopreserved with a further 1,500 people signing up for the process following their death. People have even opted to have their pets cryopreserved, with 33 animals being frozen in time as of 2007.

As modern day medicine excels at a rapid rate, doctors are now making use of stem cells to regenerate cells and tissues. There is still a lot of investment and promise in relation to stem cell medicine and despite the hype in the media, the most common use is in bone marrow transplantation, to treat certain blood and immune system disorders or to rebuild the blood system after treatments for certain types of cancers. Some bone, skin and corneal (eye) injuries and diseases can be treated by grafting or implanting tissues, and the healing process relies on stem cells within this implanted tissue. With stem cell, there is the additional difficulty of finding a suitable donor with the same blood and tissue type who is willing to go through the process of having their stem cells removed, stem cell research still holds a lot of promise for other medical treatments such as heart disease, multiple sclerosis and diabetes amongst others.

Anyway this is a dental blog, so what has all this got to do with children’s teeth?

Previously stem cells were harvested from bone marrow or blood from the umbilical cord. Now we are able to freeze the stem cells from our children’s milk teeth. In the UK for example, this process costs approximately £1,385 for 30 years of storage. so how does it work? Following the removal of the tooth, it is rapidly placed in an isotonic solution (similar to that used in organ transplantation) and is sent to a laboratory for the stem cells to be extracted and subsequently frozen in liquid nitrogen. Only a few thousand stem cells are likely to be found in a single tooth. The race is currently on to multiply them rapidly into the millions needed for performing any necessary medical treatments.

With developments in medicine, the idea is that by storing stem cells of your own or those of your family, you are safeguarding the future health of you and your relatives. Increasingly, dentists are recommending storage of milk teeth should they be able to be removed and not just lost in the school playground. Once teeth are loose, it takes seconds to whip them out – it’s simple and it could save a life in the future. In the years to come, we expect storing milk teeth for later years will be as usual an activity as giving blood or carrying a donor card. In years to come the tooth fairy could literally retire with a substantial pension from the billions left under the pillows of little ones over the centuries.